“The first feeling I had was shock, disbelief and hurt,” Vanessa Bain, a worker-organizer with Gig Workers Collective, told TechCrunch. “It didn’t feel good to think that my fellow Californians voted to strip people like myself and my co-workers of our labor rights.”

But Prop 22 does not mark the end of the battle of the status of gig workers. Gig workers, lawyers and activists affiliated with Gig Workers Rising, Gig Workers Collective, the National Employment Law Project and the Working Partnerships for Families are all gearing up to redouble their efforts in the New Year. But the same goes for gig companies. Uber and Lyft are ready to take legislation similar to Prop 22 into other parts of the country and the world.

In the year ahead, we will likely see lobbying efforts from both gig companies and gig worker organizations alike, as well as more lawsuits.

“We didn’t have time for more grieving because as soon as it passed, every company signaled they’re looking to expand this model to the national level, which means our organizing needs to adjust accordingly,” Bain said.

So, really, the fight has just begun. In the year ahead, we will likely see lobbying efforts from both gig companies and gig worker organizations alike, as well as more lawsuits.

In 2019, the California state legislature passed Assembly Bill 5, which became law in January 2020.

AB 5 mandated that companies apply the ABC test to determine how to classify their workers. According to the ABC test, in order for a hiring entity to legally classify a worker as an independent contractor, it must prove the worker:

Many have argued that gig economy companies do not pass the ABC test, while the companies themselves have, of course, argued that they do. As AB 5 made its way through the state legislature, gig companies banded together with their competitors to fight a collective enemy: labor rights for their respective workforces.

In August 2019, Uber and Lyft kicked off that fight with an initial $60 million put toward the ballot measure now known as Prop 22. Between August 2019 and November 2020, that number skyrocketed to around $205 million and brought in contributions from other companies like Postmates (now owned by Uber), Instacart and DoorDash. All that funding makes Proposition 22 the most expensive ballot measure in California since 1999. 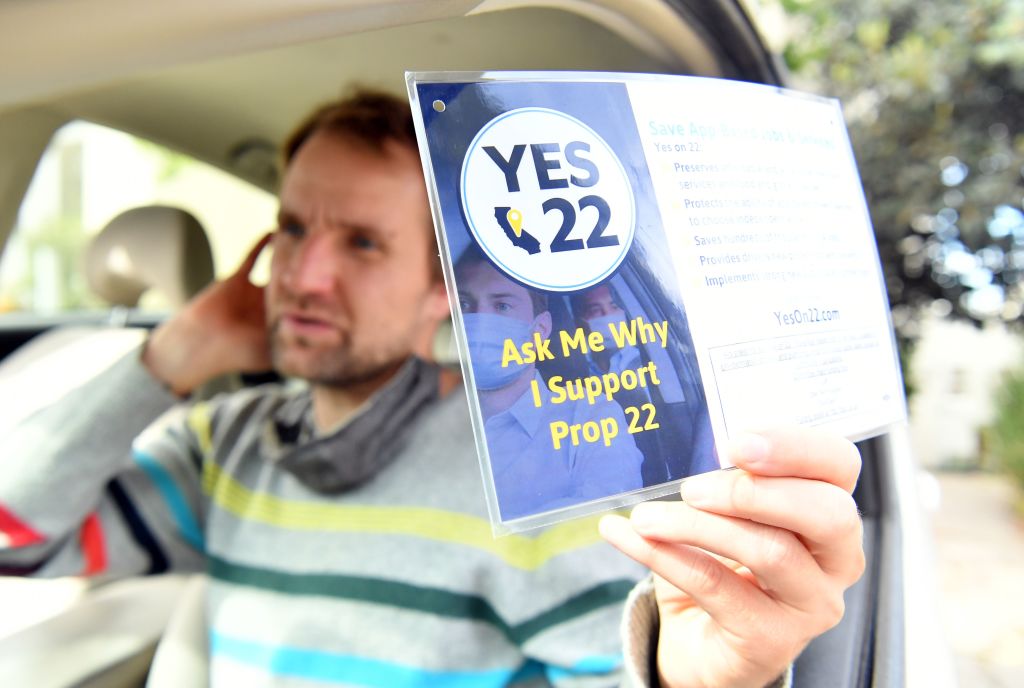 On the other side, major donors in opposition of Prop 22 included Service Employees International Union, United Food & Commercial Workers and International Brotherhood of Teamsters. They collectively contributed $15.9 million.

The ballot measure, which goes into effect this month, implements a few key benefits:

Ahead of the Prop 22 vote, Cherri Murphy, a ride-share driver for Uber and Lyft and lead organizer at Gig Workers Rising, was heavily involved in Gig Workers Rising’s efforts to combat the millions of dollars tech companies put into ensuring gig workers would be classified as independent contractors.

“We had a hell of a fight,” Murphy told TechCrunch. “We were up against a $205 million campaign but I still had to believe that we could win.”