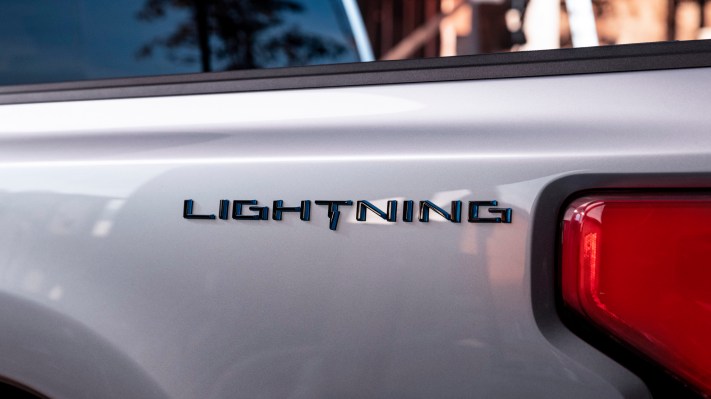 Ford confirmed Monday that its all-electric pickup truck will be named the F-150 Lightning, resurrecting a name that once donned the SVT F-150 in the 1990s.

The company hasn’t said much about the powertrain, range or other specs. However, Ford President and CEO Jim Farley provided new details about the electric pickup that is coming to market next year. Most notably, it seems that the battery on the Ford F-150 Lightning will have the ability to power a home during an outage. Ford has touted the capability of its Hybrid F-150 to power a job site or tools, but this is the first time the company has said one of its vehicles could act as a backup generator to a home.

Farley also said the electric truck will have the capability to handle over-the-air software updates and will be quicker than the original F-150 Lightning performance truck, the V8-powered truck that debuted in 1993.

“Every so often, a new vehicle comes along that disrupts the status quo and changes the game… Model T, Mustang, Prius, Model 3. Now comes the F-150 Lightning,” Farley said in a statement. “America’s favorite vehicle for nearly half a century is going digital and fully electric. F-150 Lightning can power your home during an outage; it’s even quicker than the original F-150 Lightning performance truck; and it will constantly improve through over-the-air updates.”

Production of the electric pickup truck is expected to begin next spring at the company’s Ford Rouge Electric Vehicle Center.

The Ford F-150 Lightning will be revealed via a livestream May 19 at the company’s headquarters in Dearborn, Michigan.