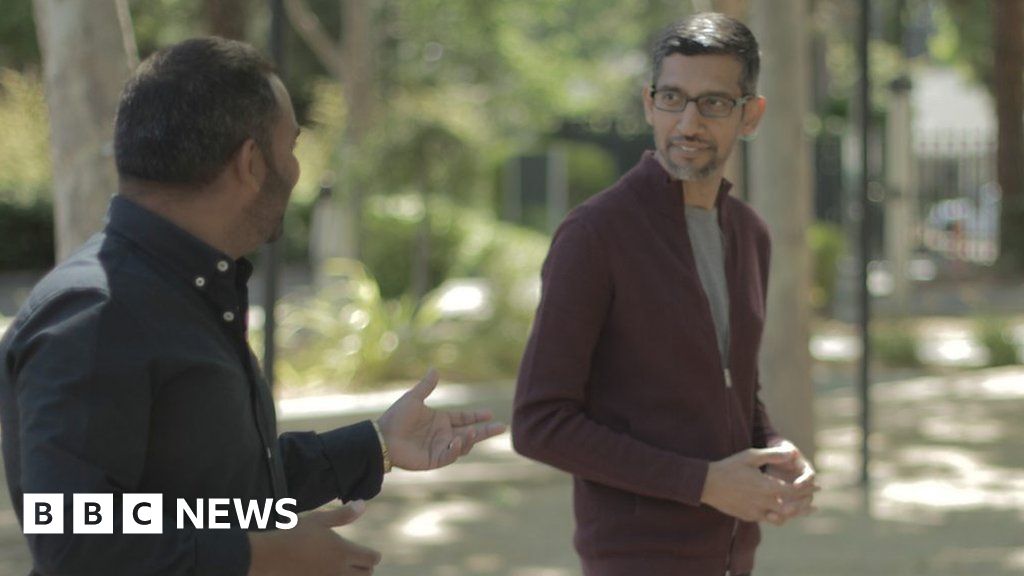 The Google boss Sundar Pichai has defended the company’s record on tax, and given a rare insight into his personal technology habits.

In the first of a series of interviews with global figures by Amol Rajan, the BBC’s Media Editor, Pichai details the challenges of leading a $1.6trn tech giant, while earning an annual pay packet ranging from $7m to $281m..

Pichai was born into a middle-class family in Tamil Nadu, south east India. After moving to America to study, he rose through the ranks of Google as the Product Manager of web browser Chrome and the mobile operating system, Android.

Today, as CEO of both Google and its parent company Alphabet, he is ultimately in charge not just of all of Google’s products and services, but the companies Alphabet owns: from YouTube and Fitbit to Waze and the Artificial Intelligence pioneers DeepMind

You can watch the interview on BBC Two and iPlayer from 9pm Monday 12 July or listen to the longer version on BBC Sounds.