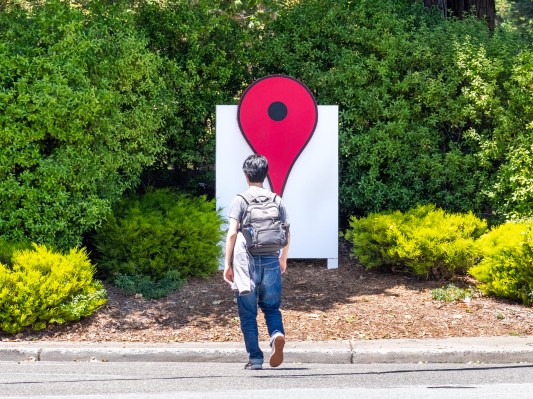 Google’s historical collection of location data has got it into hot water in Australia where a case brought by the country’s Competition and Consumer Commission (ACCC) has led to a federal court ruling that the tech giant misled consumers by operating a confusing dual-layer of location settings in what the regulator describes as a “world-first enforcement action”.

The case relates to personal location data collected by Google through Android mobile devices between January 2017 and December 2018.

Per the ACCC, the court ruled that “when consumers created a new Google Account during the initial set-up process of their Android device, Google misrepresented that the ‘Location History’ setting was the only Google Account setting that affected whether Google collected, kept or used personally identifiable data about their location”.

“In fact, another Google Account setting titled ‘Web & App Activity’ also enabled Google to collect, store and use personally identifiable location data when it was turned on, and that setting was turned on by default,” it wrote.

The Court also ruled that Google misled consumers when they later accessed the ‘Location History’ setting on their Android device during the same time period to turn that setting off because it did not inform them that by leaving the ‘Web & App Activity’ setting switched on, Google would continue to collect, store and use their personally identifiable location data.

“Similarly, between 9 March 2017 and 29 November 2018, when consumers later accessed the ‘Web & App Activity’ setting on their Android device, they were misled because Google did not inform them that the setting was relevant to the collection of personal location data,” the ACCC added.

Similar complaints about Google’s location data processing being deceptive — and allegations that it uses manipulative tactics in order to keep tracking web users’ locations for ad-targeting purposes — have been raised by consumer agencies in Europe for years. And in February 2020 the company’s lead data regulator in the region finally opened an investigation. However that probe remains ongoing.

Whereas the ACCC said today that it will be seeking “declarations, pecuniary penalties, publications orders, and compliance orders” following the federal court ruling. Although it added that the specifics of its enforcement action will be determined “at a later date”. So it’s not clear exactly when Google will be hit with an order — nor how large a fine it might face.

The tech giant may also seek to appeal the court ruling.

Google said today it’s reviewing its legal options and considering a “possible appeal” — highlighting the fact the Court did not agree wholesale with the ACCC’s case because it dismissed some of the allegations (related to certain statements Google made about the methods by which consumers could prevent it from collecting and using their location data, and the purposes for which personal location data was being used by Google).

“The court rejected many of the ACCC’s broad claims. We disagree with the remaining findings and are currently reviewing our options, including a possible appeal. We provide robust controls for location data and are always looking to do more — for example we recently introduced auto delete options for Location History, making it even easier to control your data.”

While Mountain View denies doing anything wrong in how it configures location settings — while simultaneously claiming it’s always looking to improve the controls it offers its users — Google’s settings and defaults have, nonetheless, got it into hot water with regulators before.

Back in 2019 France’s data watchdog, the CNIL, fined it $57M over a number of transparency and consent failures under the EU’s General Data Protection Regulation. That remains the largest GDPR penalty issued to a tech giant since the regulation came into force a little under three years ago — although France has more recently sanctioned Google $120M under different EU laws for dropping tracking cookies without consent.

Australia, meanwhile, has forged ahead with passing legislation this year that directly targets the market power of Google (and Facebook) — passing a mandatory news media bargaining code in February which aims to address the power imbalance between platform giants and publishers around the reuse of journalism content.