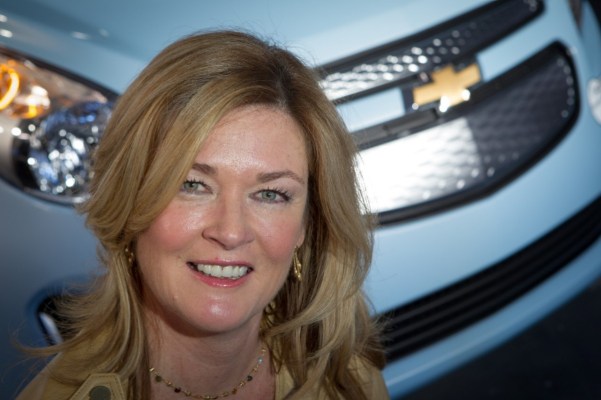 GM has launched a series of new subsidiaries in the past year tackling electrification, connectivity and even insurance — all part of the automaker’s aim to find value (and profits) beyond its traditional business of making, selling and financing vehicles. These startups, including numerous ones that will never make the cut, get their start under Vice President of Innovation Pam Fletcher’s watch.

Fletcher, who joined TechCrunch on June 9 at the virtual TC Sessions: Mobility 2021 event, runs a group of 170 people developing and launching startups with a total addressable market of about $1.3 trillion.

Today, about 19 companies are making their way through the incubator in hopes of joining recent GM startups like OnStar Guardian, OnStar Insurance, GM Defense and BrightDrop, the commercial electric vehicle delivery business that launched in January. Not everything will make it, Fletcher told the audience, noting “we add new things all the time.”

Launching any startup presents challenges. But launching multiple startups within a 113-year-old automaker that employs 155,000 people globally is another, more complex matter. The bar, which determines whether these startups are ever publicly launched, is specific and high. A GM startup has to be a new idea that can attract new customers and grow the total addressable market for the automaker, using existing assets and IP.

The 2010 Chevrolet Volt is a noteworthy moment on the GM timeline. The vehicle marked the company’s first commercial push into electrification since the 1990s EV1 program. Fletcher, who was the chief engineer of the Chevy Volt propulsion system from 2008 to 2011, noted that the Volt was the beginning of a change within the automaker that eventually led to other commercial products including the all-electric Chevy Bolt, the hands-free driver assistance system Super Cruise and its current work on autonomous vehicle development with its subsidiary Cruise.

I don’t know that the Volt was a root exactly of what we’re seeing today. But I think it was definitely the start of a groundswell of really looking at, how do we inject technology that customers are excited about and care about quickly? How do we engage them deeply in the process? … Which we’ve always done … just, I think there was a climate there where the appetite was so strong with a certain group of customers for the technology that it allowed us to get really a front row seat with them, which was game changing for those of us on the frontlines. And obviously, there have been many programs that have had that in their own ways, but you really see that accelerating now with the advent of everything we’re doing in electrification and autonomous and a portfolio that is just emerging even to the notion of applying some of these great technologies to our new full size, truck and SUV programs. So it’s really broad, based across the company, which is exciting. (Timestamp: 4:56)

Fletcher explained how working to commercialize new technology changed how the company interacted with customers.

With new technologies, one, you get to a new customer base sometimes. So, really understanding what that customer is looking like and putting them at the center of everything. Also, different technologies have different development processes and timelines and pipelines for activity. So, it really allowed us to start to think about how to approach each step of our product development and customer engagement differently. And the Volt was an interesting time too, because that was the advent of new social media was really starting to become much more popular. And so we were very connected with those customers and a great customer base that gave us tremendous feedback very directly, you know, through at the time, what was a new channel. (Timestamp: 3:50)