Original Content podcast: Despite some odd choices, ‘The Undoing’ lays out a satisfying mystery 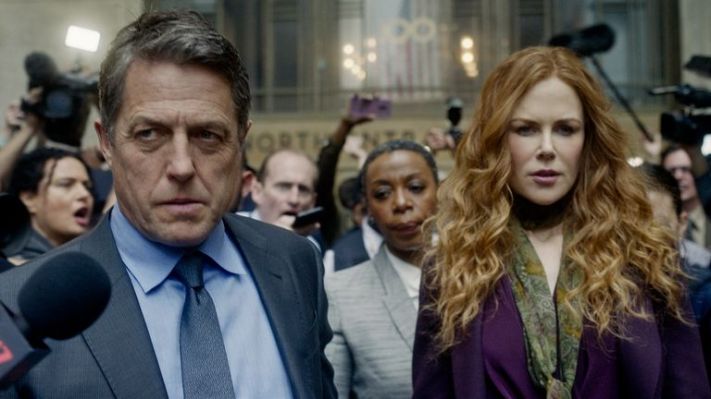 The HBO miniseries “The Undoing” wrapped up back in November, but the hosts of the Original Content podcast took advantage of the holidays to get caught up.

Based on a novel by Jean Hanff Korelitz, “The Undoing” tells the story of Grace Fraser (played by Nicole Kidman), a Manhattan psychologist whose husband Jonathan (Hugh Grant) is accused of a brutal murder. As the trial turns into a media spectacle, Grace tries to navigate how she feels about her husband and to discover who else might be guilty of the crime.

While Jordan had already watched the show as it aired, Anthony and Darrell were inspired to binge it thanks to an email from listener Michael Benedosso, who shared some amusing thoughts on Kidman’s wavering attempts at a New York accent — resulting in what he called “a world tour expressed via spoken word.”

We agreed that Kidman’s accent left a lot to be desired, and that her performance often felt a bit oblique (the latter, at least, was probably intentional).

We had other quibbles. For one thing, although the cast is relatively diverse, the story spends most of its time on the wealthy white family at its center, as their wealthy white friends. And there were perhaps a few too many red herrings that didn’t lead anywhere interesting.

Still, we were pretty satisfied in the end. With only six episodes and plenty of plot twists, there was really no time to get bored, and we were particularly impressed by Grant’s performance as Jonathan, as well as Noah Jupe as the Frasers’ adolescent son Henry and Noma Dumezweni as Jonathan’s steely lawyer Haley.

Before reviewing he show, we also discussed the recent launch of the Discovery+ streaming service.

You can listen to our review in the player below, subscribe using Apple Podcasts or find us in your podcast player of choice. If you like the show, please let us know by leaving a review on Apple. You can also follow us on Twitter or send us feedback directly. (Or suggest shows and movies for us to review!)