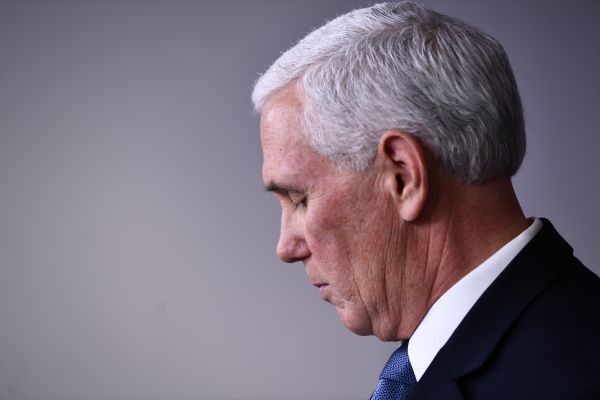 It seems that even the “free speech” social network Parler has its limits.

The social network that has attracted scores of conservative commentators because of its commitment to free speech has taken down several posts from Trump affiliate Lin Wood, according to a report in Mediaite.

In one of the posts removed from the social media platform, Wood called for the execution of Vice President Mike Pence .

In a statement to Mediaite, Parler chief executive John Matze confirmed that the service had taken action against Wood’s posts to the platform.

“Yes, some of his parleys that violated our rules were taken down,” Matze told Mediaite. “Including the ones you are talking about.”

The move from Parler is significant because it would mark one of the first instances of a high profile conservative figure having their content removed from the service.

Parler, despite its reputation as a social platform dedicated to free speech, does have some rules governing content.

And, as Mediaite flagged, the posts from Wood likely ran afoul of a rule in the company’s terms of service that states “reported parleys, comments, or messages sent using our service will be deemed a violation of these Guidelines if they contain: an explicit or implicit encouragement to use violence, or to commit a lawless action, such that: (a) the Parleyer intends his or her speech to result in the use of violence or lawless action, and (b) the imminent use of violence or lawless action is the likely result of the parley, comment, or message.”

Meanwhile, the incitements to execute Pence seem to have been animating factor for at least some of the rioters who stormed the Capitol building on Wednesday. Reuters Photo News Editor Jim Bourg tweeted about hearing at least three different rioters hoping to “find Vice President Mike Pence and execute him by hanging him from a Capitol Hill tree as a traitor.”

I heard at least 3 different rioters at the Capitol say that they hoped to find Vice President Mike Pence and execute him by hanging him from a Capitol Hill tree as a traitor. It was a common line being repeated. Many more were just talking about how the VP should be executed. https://t.co/fxHREouEWF