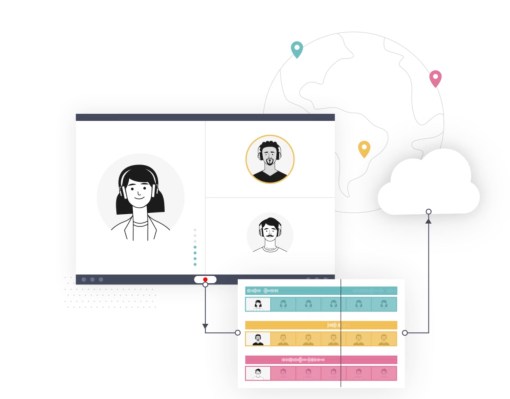 Remote video podcasting is surprisingly still something of a Wild West these days. Given the massive sums of money currently being pumped into the category — not to mention the fact that pretty much all podcasting became remote podcasting in 2020 — you’d expect there to be a more unified solution. Many still continue to rely on catchall teleconferencing software to get the job done (full disclosure: I’ve been recording my podcasts on Zoom during the pandemic).

It’s not for lack of trying of course. A number of companies are vying to become the Zoom or Skype of remote podcasts, including, notably, Zencastr. SquadCast is another big name in the space. The company claims a pretty big footprint, though, again, its primary competitors are still non-specialized video calling apps.

While those platforms are generally reliable and ubiquitous, they do have their drawbacks: namely recording quality. SquadCast’s big selling point has been higher-quality recording than those services where sound is something of an afterthought. This week, the Oakland-based company is adding video recording to the mix.

“We were on an upward trajectory before COVID, but demand during the pandemic has resulted in over 280% growth in both revenue and customer acquisition,” CEO Zachariah Moreno said in a release. “Since Video recording is our most requested feature by current, past, and prospective customers, it was the natural next step to continue to move the needle in virtual recording for podcast professionals.”

The platform is adding the feature for existing customers starting this quarter. The latest beta version of the software records video locally as separate files at 720p. Once the recording is over, it will convert the files into MP4 or WebM.

SquadCast’s version 3.0 beta with Studio Quality Video Recording consumer plans start at $40/month up to $300/month. Zencastr began rolling out its own video recording feature in beta over the summer.