Thierry Henry: ‘It’s not OK to get abused online’ 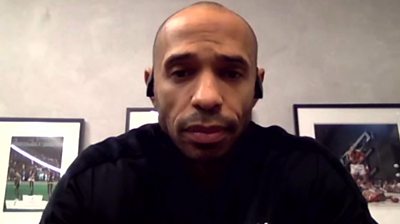 Former France and Arsenal striker Thierry Henry tells BBC Newsnight about his decision to remove himself from social media, saying that “it is time to take a stand and make people realise that it’s not OK to get abused online”.

Watch more of Henry’s interview on Newsnight at 22:45 BST on Monday 29 March on BBC Two and iPlayer.

READ MORE: Henry says it was time to take a stand